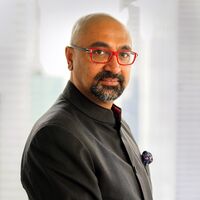 The Saudi contingent at the Manama Dialogue, the annual security conference held in Bahrain’s capital over the weekend, knew to expect lots of questions about Jamal Khashoggi. From Foreign Minister Adel al-Jubeir to researchers from Saudi think-tanks, they had their answers ready. Al-Jubeir dismissed as “fairly hysterical” the attention drawn by the murder of the Washington Post columnist in the Saudi consulate in Istanbul. In private conversations, other delegates from the kingdom used stronger language, accusing the Western media of conspiring against Crown Prince Mohammed bin Salman, and Turkey’s President Recep Tayyip Erdogan of being a cat’s paw for his ally (and Saudi bete noire) Qatar.

Al-Jubeir said the world should wait for the conclusion of the official investigations, in Riyadh and in Istanbul, before condemning his government. Other Saudi delegates expressed confidence that the inquiries would exonerate Prince Mohammed, better known by his initials MBS, and predicted that, by then, the world will have moved on to other stories. Several pointed to the headline-grabbing pipe-bomb plot in the U.S. as a sign that the process had already begun.