When ignorance is the best defense, you have to wonder why a CEO would want to ask questions. 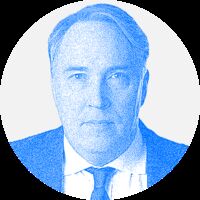 The sheer scale of Danske Bank A/S’s failure to apply even half-decent defenses against money laundering in its Estonian branch beggars belief.

Chief executive Thomas Borgen resigned on Wednesday as the bank published the findings of its internal investigation into the scandal. The chairman suggested his own departure was only a matter of time. The report exonerates the board of legal culpability, on the grounds that it had incomplete information and was assured action was being taken. When ignorance is the best defense, you have to ask what incentive there is for a CEO to ask probing questions or encourage a knock on the door from a concerned underling.