We May Be Facing a Textbook Emerging-Market Crisis

Argentina and Turkey look like outliers but the rot could spread fast. 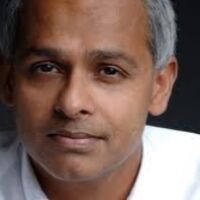 Satyajit Das is a former banker, whom Bloomberg named one of the world's 50 most influential financial figures in 2014. His latest book is "A Banquet of Consequences" (published in North America and India as "The Age of Stagnation"). He is also the author of "Extreme Money" and "Traders, Guns & Money."
+ Get alerts for

Emerging-market stresses have been building since at least 2013. Investors may have forgotten the effect of the “taper tantrum” on the so-called Fragile Five — Brazil, India, Indonesia, Turkey and South Africa — a term coined by Morgan Stanley to describe their vulnerability to capital outflows. Monetary accommodation, lower current-account deficits and growth disguised the underlying challenges, attracting more capital to those markets.