Malaysia-Singapore Union Flickers Back to Life

The election shock may give fresh currency to an idea raised repeatedly by the late Lee Kuan Yew. 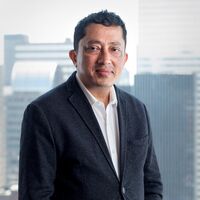 Andy Mukherjee is a Bloomberg Opinion columnist covering industrial companies and financial services in Asia. Previously, he worked for Reuters, the Straits Times and Bloomberg News. @andymukherjee70
+ Get alerts for

Lee Kuan Yew, the founding father of Singapore, was a canny politician, an extraordinary statesman and an astute analyst of geopolitics. At times it was hard to tell which hat he was wearing.

That seems to have been the case when, speaking to the press in 1996, a little more than three decades after his city was ejected by Malaysia and forced to become a nation-state, Senior Minister Lee boldly speculated on the idea of a re-merger.