Japan's Bull Market Wouldn't Be the Same Without Abe

The Prime Minister's likely successor won't be as knowledgeable about economic issues or have the personal authority necessary to rein in the bureaucrats.
By 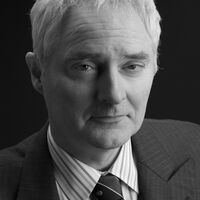 Peter Tasker is an author and founding partner of Arcus Investment, a fund management firm specializing in Japan.
+ Get alerts for

When it comes to politics, the Japanese like to say that a few steps ahead, all is darkness. Just six months ago, Shinzo Abe scored yet another landslide electoral victory and seemed certain to stay in office until 2021, thus becoming Japan’s longest serving prime minister. Suddenly, all bets are off.

A seemingly endless series of petty scandals has led to a sharp decline in Abe’s approval rate, and no less a person than former Prime Minister Junichiro Koizumi, Abe’s erstwhile mentor, is predicting that a “loss of trust” will lead to Abe resigning sooner rather than later. Certainly, the autumn’s internal party election for leader of the Liberal Democratic Party — and thus prime minister — will no longer be a walkover.