Limit Sulfur in Shipping Fuel, But Not So Fast

A 2020 deadline would cause oil prices to spike.
By 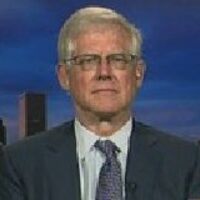 Philip K. Verleger is an economist and consultant focusing on the energy markets.
+ Get alerts for

In “Poor Richard’s Almanack,” Ben Franklin imparts a centuries-old proverb about a kingdom lost by a series of events that starts with a shortage of horseshoe nails. A similar catastrophic cascade could be in the works today for the world oil market. It began in 2008 with the International Maritime Organization’s decision to limit the sulfur content of marine bunker fuel to 0.5 percent. It accelerated in 2016 when the IMO proposed an effective date of January 1, 2020. This past November, the organization affirmed that deadline.

The missing nail in this case will be the low-sulfur fuel that ships plying international waters will soon require. And the consequence could be a spike in oil prices large enough to threaten global recession.