The Summit of the Americas needs less drama and more focus on an acute home-grown problem.
By 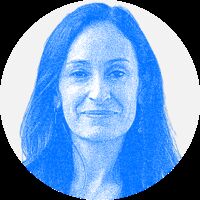 Shannon O'Neil is a Bloomberg Opinion columnist. She is a senior fellow for Latin America studies at the Council on Foreign Relations and author of "The Globalization Myth: Why Regions Matter."
+ Get alerts for

On Friday, the hemisphere’s presidents come together at the eighth Summit of the Americas in Lima, Peru. Missing, however, will be President Donald Trump. While his absence may result in fewer headlines, it may also yield more progress on corruption, this summit’s signature issue. Not only would Trump have come with his own personal baggage on that front, but his administration has also curtailed U.S. support for what has amounted to a historic shift in the region — a push, however uneven, toward true change.

To be sure, host Peru makes for a surreal backdrop for these discussions, embroiled in its own cascading scandals. The president recently had to step down on accusations of taking money from Brazilian construction behemoth Odebrecht SA and then buying votes to head off impeachment. Many of the attendees, including the presidents of Brazil and Mexico, are themselves shadowed by allegations of graft, obstruction of justice and bribe-taking.