Powell Wants to Keep the Party in Markets Going

His congressional testimony was more bullish than it seemed.
By 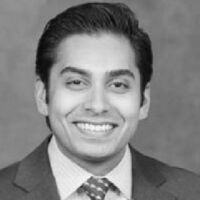 Neil Dutta is the head of economics at Renaissance Macro Research, responsible for analyzing global trends and cross-market investment themes. @RenMacLLC
+ Get alerts for

Investors appear to be on alert for a more hostile Federal Reserve after recent testimony to Congress from Jerome Powell that was widely described as hawkish. His comments, however, are more aptly characterized as bullish, and investors should be careful not to conflate the two stances. The Fed chair was suggesting the central bank will remain fairly accommodative, and won't become restrictive. That should provide some relief to equity investors.

In his prepared remarks, Powell said the Federal Open Market Committee would “continue to strike a balance between avoiding an overheated economy and bringing PCE price inflation to 2 percent on a sustained basis.” Markets latched onto the word “overheated” as a sign the Fed would be more inclined to lean against higher inflation.