A few big names, Samsung in particular, can determine the exchange's direction.
By 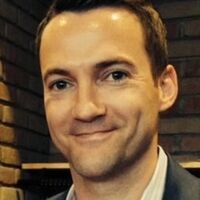 Ben Carlson is director of institutional asset management at Ritholtz Wealth Management. He is the author of "Organizational Alpha: How to Add Value in Institutional Asset Management."
+ Get alerts for

President Donald Trump's visit this week was a reminder of the risk faced by South Korea from its northern neighbor. You would think the mounting tensions would send South Korean stocks crashing. That hasn’t been the case.

In fact, South Korea is one of the strongest-performing world stock markets this year, with the iShares MSCI South Korea ETF, known as EWY, up almost 43 percent. And that’s after losses in three out of the previous six years.