The French Economy Is Bad in a Crisis

President Macron's biggest challenge is to make the nation dynamic again.
By 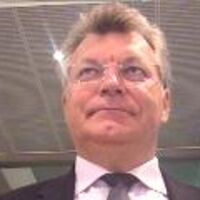 Philippe Waechter writes for Bloomberg. @phil_waechter
+ Get alerts for

Two measures highlight the seriousness of the economic challenge facing France's new president, Emmanuel Macron, who was inaugurated Sunday. The first is the current growth trend. Before 2008, France and the euro zone had similar growth rates; now France lags the euro zone trend growth rate of 1.6 percent. From 2013 the French economy grew just 1 percent on average, compared to 2 percent before the 2008 crisis.

The other indicator is per capita income. France's per capita income finally returned to pre-crisis levels only in 2016. Compare that to Germany, which hit that level in 2010, Japan in 2013, the U.S. in 2014 and the United Kingdom in 2015. This persistent lack of growth has been a major source of support for populist candidates and especially Marine Le Pen's National Front.