Life Was Simpler for Bond Traders in Past Fed Hikes

The interplay between increases and the central bank's $4.47 trillion balance sheet makes this cycle very different and complex.
By 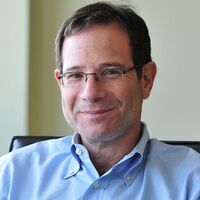 David Ader is the former chief macro strategist at Informa Financial Intelligence and held similar roles at CRT LLC and RBS/Greenwich Capital. He was the No. 1 ranked U.S. government bond strategist by Institutional Investor magazine for 11 years, and was No. 1 in technical analysis for five years.
+ Get alerts for

The minutes of the Federal Reserve's March 14-15 policy meeting kept alive the notion, or at least the central bank's notion, that three more interest-rate increases are on tap before the year is out. The market disagrees, and for good reasons. Some are economic -- awful auto sales, for example -- and some are more technical, namely the interplay between rate hikes and the reduction in the size of the Fed’s $4.47 trillion balance sheet.

This interplay is a huge uncertainty that makes this hiking cycle different from all others that have come before it. In the past, the Fed raised the federal funds target rate and bond traders would respond accordingly. The result was a predictable bear market that pushed up yields on short term bonds at a faster rate than those on longer maturities. That would cause the yield curve to flatten to the point where it started to look like it would invert, which usually presaged a recession. That would also be the point when longer-term bonds became attractive. Life was simpler then for bond traders.