Don't Sell the Euro Short. It's Here to Stay.

The single currency's opponents underestimate the risks and costs of a euro zone break-up.
By 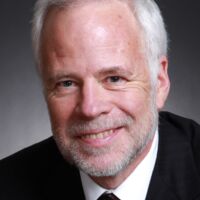 Barry Eichengreen is George C. Pardee and Helen N. Pardee professor of economics and political science at the University of California at Berkeley. @B_Eichengreen
+ Get alerts for

“Reports of my death are greatly exaggerated,” the gray-haired but entirely ambulant Mark Twain is alleged to have said while on a European speaking tour in 1897. If the euro could speak, it would undoubtedly say something similar. And it would have ample occasion to do so, since reports of its imminent demise are widespread.

The latest vote of no-confidence comes from Ted Malloch, tipped to serve as the Trump Administration’s ambassador to the European Union, who recently opined that he would “short” the euro, which he said could collapse in the next 18 months. Leaving aside what passes these days for diplomacy, there are ample reasons to worry about the euro. The Greek crisis is coming to a head yet again: The IMF and the German government are unable to agree on another bailout for the country, which owes a balloon payment of interest next summer. Elections are looming in Germany, France and possibly Italy, the three big euro-area states.