Who Wins if the U.S. Pulls Back? China

The country is better positioned than any other to fill the void.
By 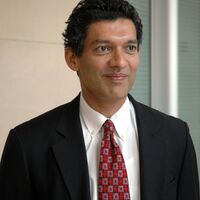 Eswar Prasad is a professor in the Dyson School at Cornell University, a senior fellow at the Brookings Institution and author of "Gaining Currency: The Rise of the Renminbi."
+ Get alerts for

Both Hillary Clinton and Donald Trump have made clear, to varying degrees, that they're suspicious of big free-trade agreements. Trump has gone further and questioned some of America's most durable and valuable relationships with other nations. While some of this can be dismissed as campaign rhetoric, the consequences of such talk are far-reaching. At a time of major economic and political realignments in the world, the U.S. is in danger of alienating allies and fomenting uncertainty in its relationships with major trading partners.

Once, this might not have mattered, as no other nation could rival the U.S. as the world’s economic and political hegemon. But times have changed. If the U.S. voluntarily withdraws from the world, one country -- China -- is better positioned than any other to fill the void.