How to Bridge the Divide Over the South China Sea

Disputes over the region's interests offer an opportunity for cooperation, says China's ambassador to the U.S.
By 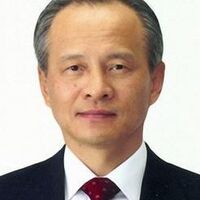 Cui Tiankai is the Chinese ambassador to the United States. @AmbCuiTiankai
+ Get alerts for

The differences between China and the U.S. over the South China Sea issue have become a matter of concern and even anxiety. But some of the perceptions in the U.S. and elsewhere about China’s policy and intentions in the area are misplaced. A pressing task is to understand the facts and China’s intentions correctly so as to avoid real danger and consequences as a result of misinterpretation and miscalculation.

The issues in the South China Sea revolve around territorial and maritime jurisdiction. China believes it is doing nothing more than maintaining and defending legitimate territorial claims and maritime rights. Reclamation and construction works have taken place on islands and reefs that have long been under China’s control, and many of the facilities are for civilian purposes and public good, such as navigation and rescue services, emergency relief, scientific research, and environmental protection. There are limited defense facilities, but they do not represent a “militarization” of the area. We believe that recent statements and military deployments by the U.S. have had the effect of escalating tension in the region and, if not curbed, risk the very militarization we all wish to avoid.