Prices are falling as overdue loans spiral and rental yields plunge.
By 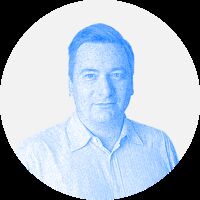 Here's a fun experiment you can try at home: Open the online mortgage calculators of Wells Fargo, Halifax, part of the U.K.'s largest mortgage lender Lloyds Banking Group, and Commonwealth Bank of Australia, and tap in the median income in each country; $53,657, 25,844 pounds ($36,673) and A$59,571 ($44,970) respectively. Which bank looks most generous?

If you've followed international housing surveys such as Demographia's -- which reckons four of the world's 10 least-affordable markets are in Australia and New Zealand -- you won't be surprised by the answer. The Commonwealth Bank's calculator promises to lend borrowers up to 5.5 times their income, compared with 4.75 from Halifax and a ``conservative" estimate as low as 3.5 from Wells Fargo.

That's a remarkable difference. It's possible that it's down to Australian banks' superior underwriting skills, or the effects of over-regulation in the U.S. and U.K. in the wake of the 2008 financial crisis. But it's worth at least entertaining the possibility that banks prepared to lend borrowers more than half their post-tax income may be storing up trouble for a future when interest rates aren't at record lows .