No other group is having such a hard time getting back to work.
By 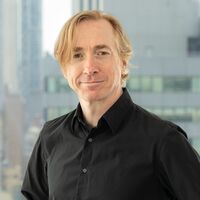 Anyone wondering why so many white, middle-aged men are drawn to anti-establishment rhetoric of the Donald Trump variety should take a look at the latest jobs report: They’re still having a hard time getting back to work.

Broadly, the employment report for March suggests that the U.S. economy is growing at a steady pace. Nonfarm employers added an estimated 215,000 jobs, bringing the three-month average to 209,000, more than enough to compensate for natural growth in the labor force. The unemployment rate rose a bit to 5 percent, but for a desirable reason: More people were in the job market, a prerequisite for being counted as unemployed. An increase in hourly average earnings more than reversed the previous month’s decline, fueling hopes that demand for labor will finally translate into better pay.