Playing Around With Prices Is a Bad Idea

The Bank of Japan is undermining the price mechanism -- and its own efforts.
By 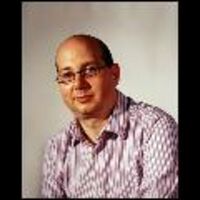 Call me old fashioned, but I still think prices matter. I vividly recall the first time I studied those simple supply-and-demand graphs as a college freshman, and today, far too many years later, their basic logic remains undeniable. When prices are right, money flows to the most productive endeavors and economies work efficiently. When prices are wrong, crazy things eventually happen, with potentially dire consequences.

That’s why we should be very worried about Japan, where things are getting crazy. On March 1, the Japanese government sold benchmark, 10-year bonds at a negative yield for the first time ever. Think about that for a minute. The investors who bought these bonds not only loaned the Japanese government their money. They're paying for the privilege of doing so.