Run This by Compliance

Firm sees the straight and narrow as a competitive advantage.
By 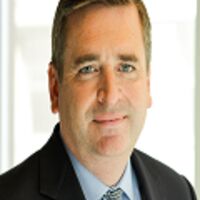 Wall Street banks are famously shrinking, but there's one area at Goldman Sachs where the job prospects are pretty hot: workers hired to keep everyone else out of trouble.

Goldman added 2,800 people to its headcount in 2015, Chief Financial Officer Harvey Schwartz told investors on a conference call, and  "a little more than half was due to our continued investment in regulatory compliance and other Federation initiatives, largely in technology and operations." ("The Federation" refers to the firm's administrative arm and has nothing to do with the United Federation of Planets in "Star Trek"... but then again, who knows with these guys.)

What's notable is how Goldman views compliance workers -- as contributors to the bottom line, and a source of competitive advantage. Just listen to Schwartz:

Move over, star traders! The compliance folks are the new heroes! Well, maybe that's  a bit of a stretch, but it's easy to see how good compliance can translate to the bottom line, even when the top line has flattened as it has at Goldman. In the fourth quarter, Goldman paid a hefty price for activities way back in the salad days of the mortgage boom -- reducing profit for the period by $1.54 billion, to $765 million. Its total bill for the settlement is about $5.1 billion. JPMorgan Chase, Bank of America and Citigroup have been penalized by more than $37 billion in the same case.