The odds of the unthinkable are going up.
By 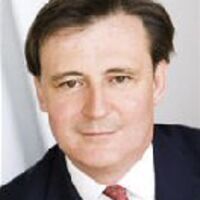 John Micklethwait is editor-in-chief of Bloomberg News.
+ Get alerts for

If you want to pick a number for 2016, how about 20 percent? Look around the politics of the Western world, and you'll see that a lot of once-unthinkable ideas and fringe candidates suddenly have a genuine chance of succeeding. The odds are usually somewhere around one in five -- not probable, but possible. This “20 percent world” is going to set the tone in democracies on both sides of the Atlantic -- not least because, as anybody who bets on horse racing will tell you, eventually one of these longshots is going to canter home.

Start with President Donald Trump. Gamblers, who have been much better at predicting political results than pollsters, currently put the odds of the hard-to-pin-down-but-generally-right-wing billionaire reaching the White House at around 6-1, or 17 percent. Interestingly, those are roughly the same odds as the ones offered on Jeremy Corbyn, the most left-wing leader of the Labour Party for a generation, becoming the next British prime minister. In France, gamblers put the likelihood of Marine Le Pen winning France’s presidency in 2017 at closer to 25 percent, partly because the right-wing populist stands an extremely good chance of reaching the runoff. Geert Wilders, another right-wing populist previously described as “fringe,” perhaps stands a similar chance of becoming the next Dutch prime minister.