Pulling the Plug on Comcast's Merger

The FCC stopped the clock on the Comcast/Time Warner merger. There should be no hurry to start it again.
By 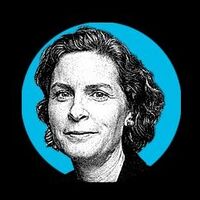 Susan P Crawford Susan Crawford is a monthly columnist for Bloomberg View. She is a professor at the Benjamin N. Cardozo School of Law. @scrawford
+ Get alerts for

Three years ago, cable titan John Malone -- chairman of Liberty Global, the largest cable company in the world -- said that when it comes to high-capacity data connections in the U.S., "cable's pretty much a monopoly now." Last month, Federal Communications Commission Chairman Tom Wheeler proved Malone's point: For high-capacity wired data connections to the Internet, Wheeler said that more than 80 percent of Americans have just one choice -- their local cable company.

The cable companies long ago divided the country among themselves, and it's about to get worse. A proposed $45 billion merger between Comcast and Time Warner Cable would strengthen the industry's near-monopolistic power. If the merger goes through, the chances of fiber competition emerging to challenge cable's dominance become even lower than they already are.