Cliven Bundy, the Nevada cattle rancher being cast as a victim of federal tyranny, is a scofflaw who took taxpayer subsidies and refused pay the $1.2 million he owed for using public land.
By 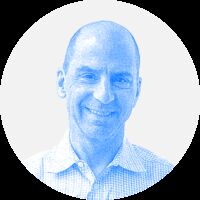 The tale of Cliven Bundy, a Nevada cattle rancher, had all the elements of a certain type of political theater, making it inevitable that he would become a hero in the conservative blogosphere and a fixture on Fox News.

The story line, as told in those forums, went something like this: Heavy-handed federal bureaucrats, having seized Bundy's cattle, were forced to back down after being confronted by cowboys on horseback toting nothing more than their side arms and an unshakable faith in the U.S. Constitution. (A little-told detail: A sniper or two were concurrently taking aim at the federal agents.)