If the goal is to put pressure on Russian President Vladimir Putin’s regime, a more considered proposal might be to lift the ban on the export of U.S. crude oil.
By 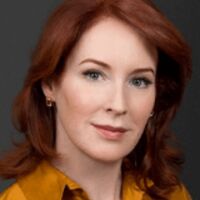 The Ukraine crisis has spurred calls for ramping up U.S. liquefied natural gas exports to Europe in the hope of translating our new-found energy prowess into geopolitical influence. It's a nice idea. But if the goal is to put pressure on Russian President Vladimir Putin's regime, a more considered proposal might be to lift the ban on the export of U.S. crude oil.

Advocating for American LNG exports is not a serious response to the current crisis, for the simple reason that the U.S. is currently far from being in a position to alleviate Russian energy pressure on Ukraine and Europe with exports of its own. Although American gas is plentiful, it will be years before there are terminals ready to export it. The necessary infrastructure -- to liquefy the gas on one end and to re-gasify it on the other -- is costly and takes time to build.