One Crisis Leads to Another

Congress's unwillingness to resolve the current government funding crisis just sets us up for another one.Â
By 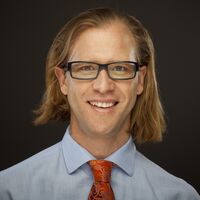 Here's a crucial fact that has gone largely unnoticed over the past few days of congressional posturing: The whole debate has centered on whether the Republicans will sign on to a bill to fund the government for a couple of months in exchange for a one-year delay in implementing Obamacare. (To be precise, it's either six weeks of funding in the Senate proposal or 10 weeks in the House bill; neither chamber is offering to fund the government in any serious ongoing way.)

The point is, none of this debate has been about giving the president the room to enact any major part of his program. It isn't about guaranteeing the American people fiscal stability for any reasonable period. It isn't an end to political brinkmanship, but rather a virtual promise of yet another round of demands in a couple of months. And indeed, it isn't even an offer of a couple of months of peace, given that demands are already being made in advance of hitting the debt limit later this month.