CBO Demands a Leap of Faith on the Fiscal Cliff 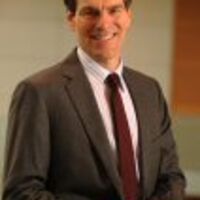 John H Cochrane Cochrane has published articles on dynamics in stock and bond markets, the volatility of exchange rates, the term structure of interest rates, the returns to venture capital, liquidity premiums in stock prices, the relation between stock prices and business cycles, and option pricing. He also has written on monetary policy, the fiscal theory of the price level, macroeconomics, health insurance and other topics. He is president of the American Finance Association, a research associate of the National Bureau of Economic Research and past director of its asset pricing program, a fellow of the Econometric Society, and an adjunct scholar of the Cato Institute. @JohnHCochrane
+ Get alerts for

Last month, the Congressional Budget Office released a report warning that the “fiscal cliff” would cause a new recession. It came to the right conclusion for all the wrong reasons.

Reasons matter. A policy response crafted to satisfy the CBO’s analysis would hurt the economy. Reports such as this one would be much more useful if the agencies that publish them were more transparent about the calculations, and explained the logic of their models.