The World Is Having Too Few Babies, and Too Many

Having children isn't only expensive, but it also puts a serious dent in your social calendar. Data show many single, childless women in the US are traveling freely and earning more money, including more than their single, childless male counterparts. But when too many people forgo kids, it raises questions about the future workforce and whether it will be able to adequately fund benefits for the elderly. Increasingly, nations are grappling with how to encourage people to have children while enabling them to live their lives as they wish. In this episode of the Stephanomics podcast, we explore the subject of birth rates from two very different angles, and from opposite ends of the globe. In the US, editor Molly Smith shares the story of Anna Dickson, a 42-year-old from New York who's traveled to Alaska, Switzerland and Anguilla in the past year. It's something she probably couldn't have done if she had kids, she says. Likewise, a growing number of American women are making the same choice to forgo children, and they're reaping economic benefits. As of 2019, single women with no children had an average of $65,000 in wealth, or $8,000 more than similarly situated men, Smith finds. Host Stephanie Flanders later chats about birth rates and government policy with Isabel Sawhill, a senior fellow in economic studies at the Washington-based Brookings Institution. The total cost of raising a child in the US now exceeds $300,000, and that doesn't even include soaring college costs, Sawhill says. Despite those expenses, Congress has been lax in passing legislation to support families, she says. What's more, states with the most restrictive abortion laws also tend to be ones with the weakest social safety nets. In the Philippines, reporter Siegfrid Alegado says there's a different dilemma, given that it has one of the highest birth rates in Southeast Asia. Women there have 2.5 children on average, which is far higher than in many advanced nations. This threatens to exacerbate poverty among the urban poor and in the countryside, Alegado says. And any effort by new President Ferdinand Marcos Jr. to encourage women to use family planning faces a distinct challenge, namely that the largely Catholic country has historically frowned on contraception. 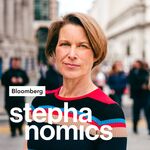