In Spain, the Olive's Loss Is Aluminum's Gain

Donald Trump’s trade policies have created winners and losers around the world. Among the big losers so far, count Spanish olive farmers. Their exports to the U.S. were hit with a huge tariff last year. U.S. officials claimed they had been undercutting California olive growers by selling Spanish olives on the cheap. Though barely a blip on the global trade war, it has been very bad news for the olive groves of southern Spain. But business is booming for Europe’s aluminum industry, especially its exports to the U.S., despite President Trump’s tariffs. What gives?  Bloomberg's Jeannette Neumann wades into the worlds of olives and aluminum to figure out what's going on, then host Stephanie Flanders talks through some of the many other unintended consequences of U.S. trade wars with Bloomberg trade tsar, Brendan Murray. She and Executive Editor Simon Kennedy also chat about the political pressure being piled on the US Federal Reserve and many other central banks. 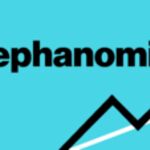