The Man Enforcing Texas’ Crackdown on Wall Street Over ESG 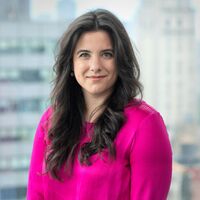 Danielle Moran writes for Bloomberg. @danielle_moran
+ Get alerts for

The crackdown started last year with a letter from a little-known Texas politician. Sent to more than 100 of the world’s largest financial firms, the missive demanded they make clear whether they restrict business with the fossil-fuel industry. If so, they’d risk getting shut out of working with the fastest-growing US state.

The responses pushing back poured in from BlackRock Inc., the Vanguard Group and other industry titans, addressed to someone who’d likely never crossed their desks before: Texas Comptroller of Public Accounts Glenn Hegar, the chief financial officer for the world’s ninth-largest economy.