A Skyscraper in Jakarta Offers Lessons for Quake-Prone Indonesia

How quake-proofing technology made a 51-story building in the Indonesian capital a refuge for its workers during a deadly earthquake. 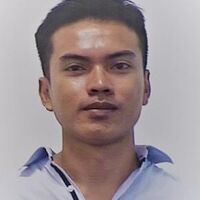 Faris Mokhtar writes for Bloomberg. @ByFarisMokhtar
+ Get alerts for

When a 5.6 magnitude earthquake hit Indonesia’s West Java province on Monday, even Jakarta, located some three hours away, felt its force. As many people rushed out of their offices into the streets, workers in one building stay put.

They continued working as per usual in their offices in a 51-story skyscraper called Menara Astra in the center of Indonesia’s capital. The building, which contains offices, car showrooms, a museum and shops, was the first development in the whole country to use the belt-truss system long adopted by other quake-prone countries like Japan and the US.