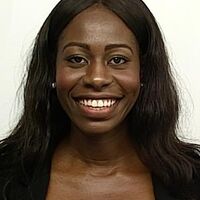 Omose Ighodaro writes for Bloomberg. @heritage_love
+ Get alerts for

Skrmetti said in a press conference on Wednesday that antitrust violations “could be an issue” regarding Ticketmaster and Live Nation Entertainment Inc. The two control more than 70% of the primary ticketing and live event venues market, according to consumer groups, and Skrmetti said he’s concerned a lack of competition has led to a poor experience and higher prices for consumers. So far, Ticketmaster and Live Nation have not been accused of misconduct.