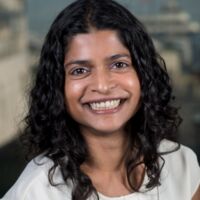 Romy Varghese writes for Bloomberg. @romyvarghese
+ Get alerts for

California is likely to see a $25 billion deficit in its next fiscal year because of slumping revenue, the state’s nonpartisan budget adviser warned. It’s a stark turnaround from years of staggering surpluses.

The Federal Reserve’s path of interest-rate increases have slowed the economy, resulting in lower stocks, falling home prices, and less demand for items such as cars, the state’s Legislative Analyst’s Office said in a report Wednesday. The drop in stocks likely has led to estimated income tax payments this year being “notably weaker” than the previous year, it said.