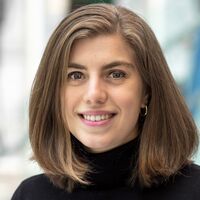 Emma Court writes for Bloomberg. @emmarcourt
+ Get alerts for

New York City will spend at least $600 million on a year’s worth of shelter and services for the around 24,000 Central and South American migrants who have flooded into the city, according to new estimates released by the city’s Independent Budget Office.

Those figures reflect costs that can be as high as $93,000 annually for a four-person family staying in a shelter and with two kids attending public schools, the IBO said.