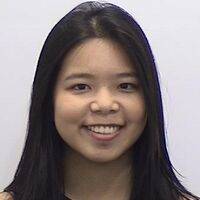 Shawna Kwan writes for Bloomberg. @ShawnaKwan
+ Get alerts for

On a rainy Saturday afternoon, Taiwan’s 20th Pride parade cemented the island’s status as a regional leader in East Asia for lesbian, gay, bisexual, transgender and queer rights as thousands marched from Taipei City Hall Plaza through one of the busiest downtown areas near the famed Taipei World Trade Center, for the city’s first Pride street march in two years.

With some braving the cooler drizzly weather in underwear or topless and a colorful mix of umbrellas to go with many rainbow masks, flags and face paintings, participants joined the circular processions among corporate-branded vehicles from sponsors such as Unilever and Durex, celebrating the return of overseas visitors to the event after the government relaxed Covid-related inbound travel restrictions earlier this month.  Organizers estimated that about 120,000 people participated in the event.