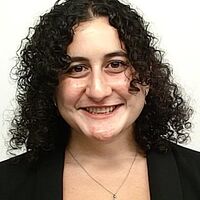 Sabrina Kharrazi writes for Bloomberg.
+ Get alerts for

Earnings on Wall Street slumped in the first half of the year, marking an end to the pandemic boom that fueled an increase in bonuses, state Comptroller Thomas DiNapoli said.

Pretax profits in New York City’s securities industry tumbled to $13.5 billion in the six months through June, down 56% from a year earlier, the state official said Tuesday. This year’s bonuses will probably drop as well, he said, as firms set aside less for compensation in the first half.