The district is considering proposals it may put to voters this fall that would improve security at school entrances. 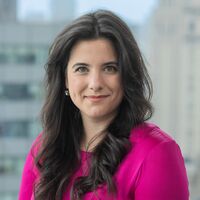 Danielle Moran writes for Bloomberg. @danielle_moran
+ Get alerts for

The Austin, Texas, school district may ask voters to approve more than $2 billion of new bonds to help fortify classrooms against attackers and offset soaring housing costs for employees as the city’s population booms.

The board of the Austin Independent School District is weighing two draft proposals that could add either $1.55 billion or $2.18 billion of debt to the district’s balance sheet to fund security updates, campus modernizations and technology improvements. The larger proposal would also include funds to build teacher housing after the costs of real estate soared amid an influx of well-paid tech workers.