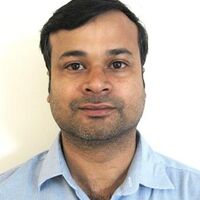 Anurag Kotoky writes for Bloomberg. @anuragkotoky
+ Get alerts for

Just 20 minutes north-west of Singapore’s Changi Airport -- regularly voted the world’s best -- is Seletar Airport, the city-state’s second, and far well less known, airfield. It’s predominantly where the super rich land in their private jets. It’s also where the future of aviation could be taking off.

The neighborhood, more known for its laid-back cafes in restored British-era colonial buildings and sleepy fishing villages, is positioning itself as a hub for flying taxis. Singapore has already signed two agreements with advanced air mobility startups Skyports Ltd. and Volocopter GmbH that may convert the aging aerodrome into a vertiport, or an airport where the aerial devices take off and land vertically, Jetsons-style.