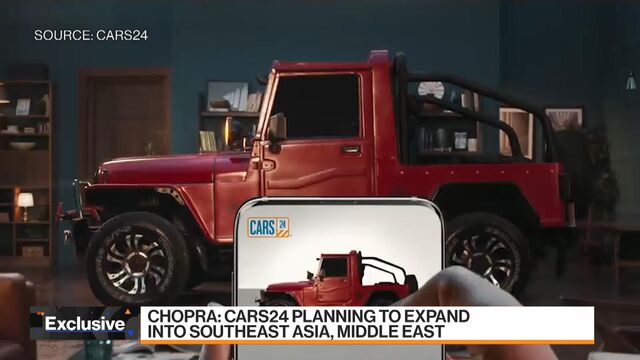 Vikram Chopra of Cars24 discusses the company’s strategy and outlook during the “India Focus” segment on Bloomberg.

Cars24 Services Pvt, India’s biggest online marketplace for used automobiles, expects the global semiconductor shortage to boost its business as automakers are forced to scale back output due to a lack of chips.

“New car production will be cut dramatically and that will definitely result in high demand for used cars,” said Vikram Chopra, co-founder and chief executive officer of Cars24, which is based in Gurgaon, to the south of New Delhi. “In the next six months we are going to see a pretty big impact,” he told Bloomberg Television on Wednesday.