Mapping the Best and Worst Bus Stops in San Francisco

For transit users, amenities like seating, shelter and good signage can be hard to come by, according to a census of Bay Area bus stops. 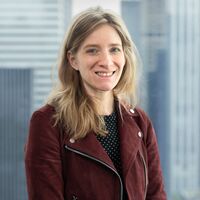 A Ph.D. candidate in city planning at the University of California, Berkeley, Moran was partly inspired by a 2019 CityLab story about how to improve bus-stop signage, which featured a snapshot he took of a particularly woebegone stop in his Potrero Hill neighborhood (a spray-painted telephone pole). He wondered which other parts of the San Francisco Municipal Transportation Authority’s bus network were marked by poor information displays, lack of seating or shade and other less-than-welcoming aspects.