Skip to content
What you need to know:CityLab’s Coverage of Tokyo
CityLab
Hyperdrive

A City Tailor-Made for Self-Driving Cars? Toyota Is Building One 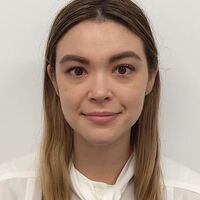 River Davis writes for Bloomberg.
+ Get alerts for

In late February, Toyota Motor Corp. President Akio Toyoda gathered with a handful of Shinto priests in a white tent at the foot of Mount Fuji. The group prayed — as is customary when embarking on new builds in Japan — for the smooth completion of a new city to be designed and built by the world’s largest automaker.

At the site of a recently shuttered factory, Toyoda commented on the significance of replacing a plant that’s churned out cars since the ‘60s with a 175-acre community to test future technologies such as autonomous vehicles. “It’s a new chapter in our story and in our industry,” Toyoda, grandson of the carmaker’s founder, said in an online video commemorating the groundbreaking.