What to Know About Juneteenth

What to Know About Juneteenth

What to Know About Juneteenth
Politics 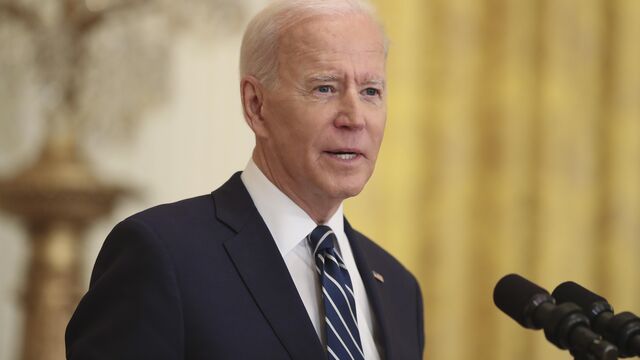 Biden Says Most Crossing Border Are Being Sent Back

The Biden administration plans to approach U.S. companies about increasing investment in Mexico and Central America to try to reduce migration, according to a top White House official who acknowledged that government corruption in the region and the influence of human smuggling rings will slow progress.

Roberta Jacobson, the White House’s southwest border coordinator, said officials would speak with companies in the coming weeks about the development plan, which would focus on job creation and reviving agricultural production wiped out by back-to-back hurricanes. The administration has identified economic deprivation in the region as a root cause of a surge in migration to the U.S. this year.

“We can expect to see progress in the president’s first term,” Jacobson said Friday in an interview with Bloomberg News, before the White House announced that she would leave her position at the end of the month.

“It is not going to turn around 100% in these countries in four years or even eight years,” she said. “It has to be a longer-term effort. But I do think you can expect to see changes within four years that show us things are working and we will adjust along the way.”

More than 172,000 migrants were apprehended at the southwest border in March, a 71% increase from February, according to U.S. Customs and Border Protection data. That included roughly 18,900 children and teenagers traveling alone, the most ever recorded in a single month.

The surge represents a political crisis for President Joe Biden. Some Republicans accuse him of encouraging the migration by adopting less restrictive border policies and more humane rhetoric than his predecessor, Donald Trump. Some Democrats have complained about the administration’s handling of child migrants, many of whom spend more time in U.S. Customs and Border Protection custody than legally permitted because of a lack of space in shelters run by the health department.

The massive increase in migrants fleeing poverty and violence in Central America is testing the president’s promise to create a more welcoming immigration system.

Government agencies have rushed to open additional housing for unaccompanied minors, while authorities are using an emergency public-health order invoked by Trump to quickly expel most adult migrants and many families traveling together. An increasing number of people apprehended have tried to cross the border before, putting additional strain on Border Patrol agents.

Jacobson said the administration has no regrets about its early moves on immigration and argued officials are making steady progress in expanding shelter space for unaccompanied minors so that a majority are no longer in CBP facilities.

Biden administration officials have intensified their warnings to potential migrants not to come, amid criticism from Republicans that their welcoming rhetoric helped cause the influx.

Jacobson said the administration has tripled the number of U.S.-backed radio ads in the region to 30,000 a week to spread the message that would-be migrants shouldn’t make the journey.

“The scope of the challenge is huge and I think it’s important to understand the smugglers and criminal organizations will always be more agile than government,” Jacobson said. “We don’t think messaging alone is going to change this -- that’s why we’re doing so many other things -- but we do think that increasing and improving and targeting our message is clearly part of what we need to do.”

Administration officials have vowed to address root causes of migration including poverty, political corruption and the after-effects of natural disasters in the Northern Triangle region of Central America, from where most migrants leave. Biden last month assigned Vice President Kamala Harris to oversee the effort.

The development push is expected to involve companies in Mexico and Central America as well as non-governmental organizations, Jacobson said. The administration would likely focus climate mitigation and technology as part of the effort.

Jacobson traveled in late March to Mexico for talks with high-ranking officials on cracking down on migrant flows as well as ways to spur economic growth in the area. Those talks included meetings with Mexico’s development agency. Ricardo Zúñiga, the State Department’s special envoy to the Northern Triangle, traveled this week to El Salvador and Guatemala.

El Salvador’s President Nayib Bukele refused to meet with Zúñiga, according to the Associated Press, a sign of the difficulties the Biden administration could in the region.

In neighboring Honduras, the U.S. also faces a difficult diplomatic environment. A U.S. prosecutor, appearing in a federal court last month, linked President Juan Orlando Hernandez to a drug trafficking plot in which the president’s brother was convicted. In a video post on Twitter the president called the case “outrageous.”

Jacobson said corruption in Central American government poses a “real challenges” but that the U.S. would seek to overcome them by funneling aid money directly to NGOs and international organizations that work in impoverished communities.

“This is not a situation in which we write a check to governments and let them spend it as they wish,” she said. “We’re pretty confident that the funds will be used as intended.”

Zúñiga announced a $2 million contribution to an international commission targeting corruption in El Salvador. The U.S. Agency for International Development announced Tuesday it would send disaster response teams to all three Norther Triangle countries to help the recovery from a pair of hurricanes that devastated the area late last year.

Biden’s initial budget request to Congress includes $861 million to address root causes of migration from Central America. The funding is part of a $4 billion, four-year plan in Biden’s legislative proposal on immigration. That bill faces long odds of passage in Congress.

(Updates with White House statement, additional comments from Jacobson, starting in third paragraph.)
Have a confidential tip for our reporters?
GET IN TOUCH
Before it's here, it's on the Bloomberg Terminal.
LEARN MORE