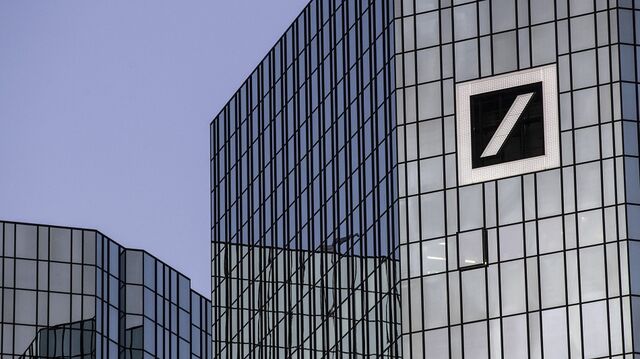 Shares of the “old media” company shot up almost 300% in weeks, and small investors were abuzz with theories: It’s undervalued, like GameStop! It’s a takeover target!

Inside Wall Street’s top trading firms, however, some executives had an idea of what caused the move. A trading whale -- Bill Hwang’s Archegos Capital Management -- was building a massive position in ViacomCBS Inc.

Banks around the world kept giving Hwang the leverage he needed to acquire more and more of the stock. What they couldn’t see, according to people with knowledge of the situation, was the full extent of his wagers. He stealthily amassed $10 billion of Viacom and colossal positions in a few other companies.

The holes in oversight and risk management are one reason banks were so vulnerable when the Viacom bet unraveled and Archegos imploded last week.

Underscoring the chaos of an escalating situation, representatives from Credit Suisse Group AG floated a suggestion as they met last week to confront the reality of such an exceptional margin call and consider ways to mitigate the damage: Maybe wait to see if his stocks recover? Viacom, some noted, seemed artificially low after its run-up past $100 just two days earlier.

Yet it was Hwang’s own orders that had helped make Viacom the year’s best performer in the S&P 500, forcing benchmark-tracking investors and exchange-traded funds to buy as well. Without him creating that momentum, Viacom and his other positions had little hope of rebounding.

At several points during those exchanges, bankers implored Hwang to buy himself breathing room by selling some stocks and raising cash to post collateral. He wouldn’t budge, people who participated in the meetings said.

Read more: One of World’s Greatest Hidden Fortunes Is Wiped Out in Days

Now, as regulators assess the fallout, Wall Street’s habit of lending to lucrative clients with few questions asked is getting unwanted attention.

Hwang’s family office built positions in at least nine stocks that were big enough to rank him among the largest holders, fueled by a level of bank leverage that would have been unusual even for a hedge fund.

Archegos was able to place outsize wagers using derivatives and, as a private firm, avoid the disclosures required of most investors. Almost invisibly, he accumulated a portfolio that some people familiar with his accounts estimate at as much as $100 billion.

As more details emerge of how banks played such an instrumental role in helping Archegos ramp up those bets, increasingly evident are the blind spots that prevent the industry from effectively managing the risks it creates.

Already, regulators are privately dropping hints of new rules to come. Securities and Exchange Commission officials have signaled to banks that they intend to make trading disclosures from hedge funds a higher priority, while also finding ways to address risk and leverage.

Senior finance executives acknowledge that a crackdown of some form, whether on borrowing or transparency or both, is inevitable.

While some of those firms have disclosed the financial impact of their roles in the Archegos collapse, none is willing to comment on how or why they enabled Hwang to become such a force in the market. Hwang declined to comment through a representative.

What’s clear, according to people involved in the margin call and what followed, is that Hwang’s financiers, the prime-brokerage units of Nomura Holdings Inc., Goldman Sachs Group Inc., Morgan Stanley, Credit Suisse and others, had clues about what Archegos was doing. These firms knew about the trades they had financed, of course, and also had some visibility into his total borrowings, the people said.

But the lenders couldn’t see that Hwang was taking parallel positions at multiple firms, piling more leverage onto the same few stocks, according to the people. While most clients insist on such opacity, it has obvious implications for a lender’s ability to manage risk: Unwinding a series of large, leveraged bets placed by a single account is one thing; doing so when rival banks are liquidating the same positions held by the same client is quite another.

On March 25, Hwang’s prime brokers met again and discussed the possibility of standing down temporarily to let tensions ease, according to people who participated in the talks. But any attempt at solidarity proved short-lived. That day, some sent Archegos notices of default, clearing the way to sell his positions.

Analysts at JPMorgan Chase & Co. estimate some of the banks may end up absorbing as much as $10 billion in combined losses.

“Hopefully this will cause the prime brokerages of regulated banking organizations (and their supervisors) to re-assess their relationships with highly leveraged hedge funds,” Sheila Bair, a former chairman of the Federal Deposit Insurance Corp., tweeted.

A few silver linings: no one is talking about bailing out its counter-parties and hopefully this will cause the prime brokerages of regulated banking organizations (and their supervisors) to re-assess their relationships with highly leveraged hedge funds.

Hwang had already lived through one crisis. In 2012, he submitted a guilty plea on behalf of his hedge fund to a charge of wire fraud, and he resolved related civil claims of insider trading without admitting or denying wrongdoing. Archegos is the family office he formed after winding down that firm, Tiger Asia Management.

Prime brokerages began lining up to help the new business. Morgan Stanley was among his early backers. Deutsche Bank AG signed him as a client at the urging of at least one senior executive who was unperturbed by the insider-trading taint and didn’t believe Hwang had done anything wrong, according to a person familiar with that decision.

One firm resisted the lure. Archegos approached JPMorgan sometime between 2016 and 2018 and was rebuffed, according to a person briefed on the situation. At the time, JPMorgan was still revamping the equity prime-brokerage unit it had acquired with Bear Stearns during the 2008 financial crisis. Dumb luck or not, the bank dodged a bullet.

Another holdout was Goldman Sachs. For years, executives in its equities division tried to open an account for Hwang, and the compliance department consistently said no. Goldman finally jumped on board in the final months of 2020, enough time to ramp up business with Archegos and land in the middle of last week’s mayhem.

That business, at Goldman and everywhere else, was swaps. Swaps are agreements between a bank and its client that are settled on the basis of changing prices in the underlying assets -- such as shares of Viacom.

One benefit of swaps is they allow big investors like Hwang to build positions in a stock anonymously. A prime broker would buy the shares and report itself as the beneficial owner when in reality Archegos was bearing the economic risk.

To execute such a swap, Archegos would put up a percentage of the position’s value in cash as margin. The rest of the trade would be financed by the prime broker.

Because swaps are settled daily, with gains and losses netted out, Archegos also had to post a second type of collateral known as variation margin if the value of its portfolio dropped. If it increased in value, the bank would pay the firm cash.

One feature that protected Hwang’s lenders was the right, in the event he couldn’t meet a margin call, to seize all the collateral in his swap accounts and sell the positions. That’s what happened last week after Viacom plunged.

Hwang’s buying had helped to drive the stock above $100 for the first time ever, giving his position a market value of around $10 billion. The next biggest holder was indexing giant Vanguard Group, with a stake 40% smaller, according to data compiled by Bloomberg.

Late on March 22, Viacom announced a $3 billion sale of stock and convertible debt. Over the next two days, shares of Viacom plunged 30%, pushing Archegos over its margin limits and tripping alarms at his prime brokers. In urgent meetings, they finally realized the full extent of his bets.

Initially, some of Hwang’s lenders were reluctant to abandon him. The group pleaded with Hwang to reduce his positions, a decision that would force him to take some losses. He refused.

By the close of trading on March 25, a Thursday, Viacom was down an additional 5.3% to $66.35. At one of the emergency sessions, Credit Suisse representatives suggested some sort of standstill agreement -- holding off on selling Hwang’s collateral to see if the stock would trade up.

On Friday, well before the 9:30 a.m. open of trading in New York, Goldman was already offering $3.3 billion of Archegos’s holdings in massive blocks. Morgan Stanley and Wells Fargo & Co. soon followed. On Monday in Zurich, Credit Suisse revealed that it faced a “highly significant” loss, one that has since been linked to Archegos and is projected to reach into the billions of dollars. Nomura could lose $2 billion.

“Risk controls still are not where they should be,” David Herro, one of Credit Suisse’s biggest shareholders, said Wednesday in a Bloomberg TV interview. “Hopefully, this is a wake-up call to expedite the cultural change that is needed in this company.”

The SEC has already opened a preliminary investigation into Hwang’s trades and is calling other big investors to inquire about their use of swaps and access to leverage from prime brokers. A regulatory shadow is creeping over the industry.

— With assistance by Hannah Levitt