How the Federal Government Could Help Kill the Highways It Built

A new Senate bill includes a $10 billion program aimed at cities that are considering removing urban freeways and repairing the damage these projects inflicted on vulnerable communities decades ago. 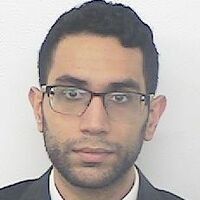 Max Reyes writes for Bloomberg. @MaxJReyes
+ Get alerts for

In 1956, the U.S. Congress passed the Federal-Aid Highway Act, the $25 billion program that launched the Interstate Highway System. The law, which encouraged highway construction across the country by offering 90% of the funding needed to build them, left behind a “horrific legacy” in scores of U.S. cities, says University of Virginia historian Peter Norton, author of “Fighting Traffic: The Dawn of the Motor Age in the American City.” As cities embraced the benefits of high-speed thoroughfares for suburban commuters, they razed swaths of downtowns and waterfronts — often targeting low-income areas and neighborhoods of color — to make room for the roadways.