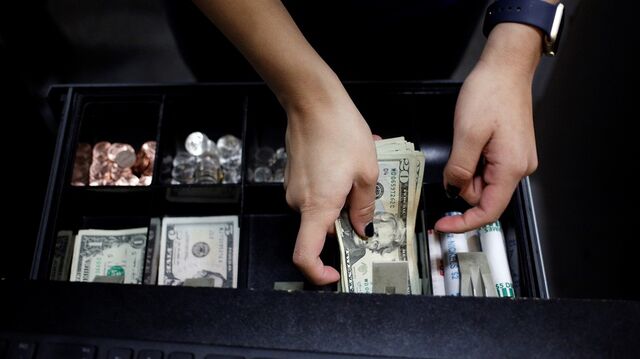 Inflation ‘Bubbling Up,’ But Stays Low in 2021, Economist Lee Says

They’re still in the minority, but investors and economists who think America is in for a bout of inflation -- perhaps a serious one -- start the year with some fresh ammunition for their arguments.

Vaccines hold out the prospect of an end to pandemic restrictions that could bring consumers roaring back. It’s what economists call pent-up demand –- a label that applies quite literally right now. The incoming Biden administration will likely prop up household spending with more financial aid, after Senate elections this month gave Democrats a majority. And in the background, the dollar has been weakening and commodity prices rising steadily for months.

All this has pushed bond-market measures of expected inflation higher. The so-called breakeven rate on 10-year Treasuries climbed above 2% this past week to the highest in more than two years.

Still, the predominant view among economists -– including, crucially, at the Federal Reserve –- is that it will be years before the U.S. has to worry about inflation.

Data due on Wednesday is expected to show that consumer prices increased 1.3% in 2020. With costs rising for producers, almost everyone forecasts a higher rate this year. But even by the end of 2022, the Fed’s preferred measure won’t exceed its 2% target, according to economist surveys. And Fed officials say they want to see inflation stay above that level for a while before they’ll raise interest rates.

Inflation skeptics point to job markets still depressed by the virus, deeper trends in demographics and technology that keep prices down, and the risk that politicians will cut off support for the economy too early -- as they’ve done in the recent past.

So is inflation on its way back? Here are some of the key arguments on each side.

Yes, Because: Pumps Are Primed…

Policy settings just got tweaked even further toward the “run-it-hot” end of the dial. Fiscal spending has been the engine of recovery from the coronavirus slump, and President-elect Joe Biden -- who’s promising to do more of it -- has a clearer path to getting his plans through Congress after Democrats won both Senate seats in a Jan. 5 run-off vote in Georgia.

“Biden’s agenda is back in play, which means even more fiscal expansion in the near term,” says Aneta Markowska, chief economist at Jefferies. She expects 10-year Treasury yields, which edged above 1% last week for the first time since the pandemic arrived in mid-March, to hit 2% by year-end.

Meanwhile the Fed, which can’t do much to accelerate the economy right now, remains in charge of the brakes -- and is promising not to hit them anytime soon. After consistently falling short of its target, the Fed’s new policy is to let inflation overshoot and stay there -- so it averages 2% over time -- before raising borrowing costs to cool things off.

…V Is for Vaccines…

The US. economy has come closer to achieving a V-shaped recovery than appeared likely earlier in the crisis, and vaccines could complete the job.

Americans are already spending more on goods than they did before the virus. If that’s not yet the case with services, it’s only because lockdowns have taken consumer options off the table -- something that should change as more people are inoculated.

Morgan Stanley economists expect “a sharp rebound in demand, especially in Covid-sensitive sectors like travel and tourism,” as vaccines get a wider rollout in the spring. They forecast that core inflation, which strips out the prices of things like food or gasoline because they’re more volatile, will hit the 2% threshold this year and overshoot it in 2022.

…And Households Are Flush

Stimulus checks and higher unemployment benefits pushed household incomes up in the aggregate even as economic output shrank -- a rare combination. And rising stock and housing markets helped add more than $5 trillion to the net worth of U.S. households in 2020.

Higher-income and older people, more likely to self-quarantine, have accumulated savings while waiting out the pandemic, says Mark Zandi at Moody’s Analytics. They’ve missed out on things like trips to the hairdresser, vacations and meals out -- and they’re “in an especially good financial position to ramp up spending on these services once they feel safe.”

No, Because: This Time Isn’t Different…

The gradual disappearance of inflation is one of the most entrenched trends in economics. And the all-hands-to-the-pump policy response to the pandemic isn’t entirely unprecedented. After 2008 the government and Fed also injected money into the economy, causing many to predict inflation that never arrived. Fiscal spending has been bigger this time -- but so was the hole in the economy that it had to fill, so the result won’t necessarily be overheating.

So far, this decade looks much like the last one, says Ben May at Oxford Economics. “Deficient demand has been countered by looser monetary and fiscal policy. This has boosted asset prices, but underlying consumer price inflation has remained weak.”

Another lesson from the financial crisis is that America’s politicians aren’t always the spendthrifts of popular caricature. They may actually suffer from the opposite bias -- toward fiscal policy that’s tighter than the economy needs. That’s what happened after the 2008 crash, slowing the recovery, economists have concluded. And while a more tolerant view of deficits has taken hold since then, Biden’s Democratic Party still contains its share of budget hawks.

Even optimistic forecasters say it will be years before the U.S. is employing as many people as it was in 2019, when the jobless rate was the lowest in half a century.

An economy that isn’t using all its available resources such as labor typically has room to grow without triggering inflation. And a key lesson from the long expansion of the 2010s was that those resources were deeper than previously thought.

That may be true for the post-pandemic economy too. Goldman Sachs, for example, raised its growth forecast after the Georgia election and now sees the economy expanding 6.4% this year -- recouping all the Covid losses and then some. But it still doesn’t expect core inflation to edge above 2% -- triggering higher interest rates -- until 2024.

Dollar weakness, rising energy prices and a quirk in the calculation of hourly earnings “are creating an illusion of mounting inflationary pressures. However, these transitory developments will ultimately be overcome by considerable economic slack. Were it not for a collapse in labor participation related to the pandemic, the unemployment rate would be closer to 9.5% rather than the 6.7% last reported. If unemployment were north of 9%, not south of 7%, the rhetoric among the inflationistas would be considerably more muted.”

The sudden plunge in the price of some services in the spring of 2020 will disappear from year-on-year calculations in the coming months -- pushing inflation up even if those prices don’t go back to normal.

But for monetary economists, higher prices only really count as inflationary when they stoke expectations of even higher prices in the future, generating a snowball-like momentum that could become hard to control. That was America’s experience in the 1970s, Fed Chair Jerome Powell told reporters last month -- but not more recently, and probably not when the pandemic ends.

Asked about the risks from pent-up demand, Powell said the Fed would be predisposed to view any resulting surge in prices -- of air tickets, for example -- as “a one-time price increase, rather than an increase in underlying inflation.” That’s not something that would spur the Fed into action.

— With assistance by Benjamin Purvis