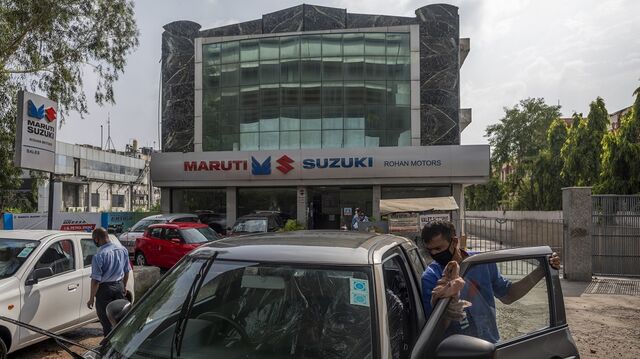 R.C. Bhargava, chairman of Maruti Suzuki India Ltd., the country’s top carmaker, discusses its business outlook. Its domestic sales climbed 0.4% in November from a year earlier. Bhargava also talks about the government’s economic policies amid the coronavirus outbreak. He speaks with Rishaad Salamat and Juliette Saly on “Bloomberg

India’s biggest carmaker is expecting next year to be “much better” than 2020 as the economy rebounds and consumers emerge from pandemic-induced lockdowns to buy its vehicles.

Maruti Suzuki India Ltd., the local unit of Japan’s Suzuki Motor Corp., is expecting retail sales in December to be “pretty good” as there are pending orders with its dealerships and the rate of enquiries has sustained even after the festive season, Chairman R.C. Bhargava said in an interview with Bloomberg Television on Wednesday.

“The pending demand has been very much in the forefront of what is causing the increase in sales,” said Bhargava. “2020 hasn’t been a good year. We lost the first quarter so I definitely expect 2021 to be much better than 2020.”

Sales of cars and sport utility vehicles typically increase every year in the run up to the Hindu festival of Diwali, which this year was celebrated in mid-November. Bhargava said it was a “little bit” surprising that demand has continued as many expected a drop after the end of the festival period. The inventories at the dealerships are probably at the lowest they have had for years, he said.

The operations at the automaker were hit when lockdowns were imposed earlier this year and Maruti gradually built up production. “Now we are running at full capacity,” said Bhargava. The company’s sales including exports climbed 1.7% to 153,223 vehicles in November.

— With assistance by Karolina Miziolek, Rishaad Salamat, and Juliette Saly