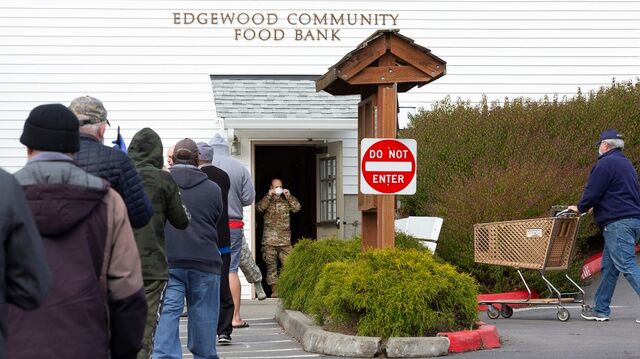 The chances of Congress passing a pre-election stimulus are all but gone, as Treasury Secretary Steven Mnuchin on Wednesday blamed politics for undermining the months-long negotiations.

“At this point getting something done before the election and executing on that would be difficult, just given where we are in the level of details,” Mnuchin said at the Milken Institute Global Conference.

With a deal out of reach, the two sides in the talks faulted each other for the breakdown.

Mnuchin agreed in response to a question that “part of the reality” is Democrats are holding back out of optimism they’ll win a Senate majority on Nov. 3 and don’t want to give President Donald Trump something to tout now in his campaign. White House economic adviser Larry Kudlow said in an interview on CNBC that House Speaker Nancy Pelosi “keeps stringing us along” in negotiations. He described Mnuchin as “frustrated.”

But Democrats countered that the White House never took either the coronavirus pandemic or the need for another stimulus seriously enough to push for a compromise and have been inconsistent and unpredictable negotiating partners.

“The musical chairs of who is negotiating this is never ending,” said Representative Gerry Connolly of Virginia. “Even the president, in the haze of Covid therapy treatments, has changed his mind about big, small, no deal at all.”

Pelosi told MSNBC on Wednesday night that while an agreement was still possible, the two sides remained far apart on worker safety, school funding, and a strategic testing plan, among other issues.

She added that negotiations were continuing on a testing plan. “Tomorrow, we’re hoping to get better language back on how we crush the virus,” she said.

The Treasury chief, who is scheduled to be in the Middle East next week, made his remarks after another in a long series of calls with Pelosi that have failed to seal a deal. While Mnuchin said he hoped for bipartisan support for Senate Majority Leader Mitch McConnell’s latest idea -- a vote on a narrow bill next week to help small businesses -- Democratic leaders have no appetite for piecemeal measures now.

The inability to bring months of negotiations to conclusion has sparked increasing tensions, with each camp seeing internal strains rise as it becomes clear there won’t be a spending bill to take to the public. Investors are increasingly taking note; the S&P 500 Index headed for a second day of declines on Wednesday, down 0.7% as of 4 p.m New York time.

After McConnell publicized his plan Tuesday, Trump tweeted that Congress should “go big or go home.”

Democrats are seeing their own strains. Pelosi became riled during a CNN interview Tuesday afternoon when asked about a handful of Democrats who are urging her to look again at the Trump administration’s $1.8 trillion stimulus offer.

She said she wasn’t letting a perfect deal stand in the way of getting a good one because “we’re not even close to the good” and called anchor Wolf Blitzer an “apologist” for the Republican position.

Mnuchin’s comments on Wednesday showed that he’s now aligned with McConnell’s assessment. The Senate Republican leader said last week that “the proximity to the elections and the differences of opinion about what is needed are pretty vast.”

Pelosi warned her House colleagues on a call Tuesday that Democratic priorities would be cut in any deal based on the current White House offer. In the wake of Trump’s “go big” tweet, she told her members that the Democratic side has more leverage than ever, three participants said.

Pelosi has stuck with a $2.2 trillion bill, and the two sides remain far apart on several issues of policy as well, including how to deploy health care aid and apportion tax credits and assistance to state and local governments.

Another sticking point: The White House “lacks an understanding of the need for a national strategic testing plan” for the coronavirus, Pelosi spokesman Drew Hammill tweeted Wednesday after the speaker and Mnuchin spoke for an hour by phone. “Staff will continue to exchange paper and the two principals will speak again tomorrow,” Hammill said.

Hammill said the latest call was “productive,” and Mnuchin said Wednesday that progress is being made. But the Treasury secretary also said, “there’s a lot of details other than just the top line number that we’re exchanging paper,” and on some issues “we continue to be far apart.”

Kudlow blamed Pelosi for making new demands even as the two sides draw closer of some issues.

“Many people -- I’m going to keep this general -- believe that Speaker Pelosi, with respect, keeps stringing us along, so we agree to one thing and now it’s another. We agree to another and now it’s a third,” he told CNBC. “We have come a very long way.”

The speaker is seeking to tamp down restlessness among Democrats to take what the White House is offering after Trump enlarged his proposal from $1.6 trillion. A number have encouraged her to get an agreement.

Pelosi said in the CNN interview: “Ro Khanna, that’s nice. That isn’t what we’re going to do.”

— With assistance by Josyana Joshua, and Josh Wingrove