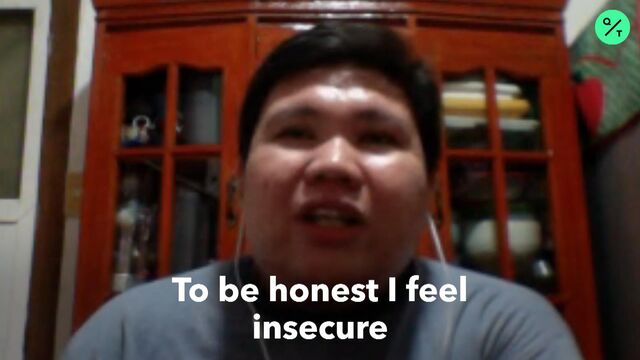 Asia’s fast-growing economies for decades have offered millions of young people the chance to do better than their parents, a path to upward mobility now at risk as youth unemployment soars in a region home to a majority of the world’s 15- to 24-year-olds.

These young people -- just at the start of their working lives -- are losing jobs at a faster rate than older generations because almost half are clustered in the four economic sectors hurt most by the Covid-19 pandemic, including wholesale and retail trade, manufacturing, business services and accommodations and food service.

Young women and those on the lowest rungs of the job ladder are among the hardest hit, according to a report by the Asian Development Bank and the International Labour Organization that warns of a “lockdown generation” being left behind.

Pavisa Ketupanya, 26, from Bangkok, is among them. She had secured a pilot’s license and was planning to follow in her father’s footsteps flying commercial planes when the pandemic put an abrupt stop to her plans.

“When I received a license to become a commercial pilot, I thought this would be my lifetime job with good earnings,” Pavisa said. Instead, she’s relying on a hobby -- eyelash extensions -- to bring in some money until the economy improves. “It earns a fraction of my pilot job, but it’s better than nothing.”

Stories like hers are replicated across the Asia Pacific region where as many as 15 million jobs for teenagers and young adults could be lost in 13 countries this year, according to the ADB and ILO report.

While youth unemployment is a global crisis, Asia has leaned heavily in recent decades on a relatively young population and burgeoning middle class to drive demand, a dynamic that’s now threatened. The Asia-Pacific region accounted for more than two-thirds of global economic growth in 2019, while the region’s developing economies this year are expected to contract for the first time since the 1960s.

That outlook offers little optimism for Navisha Ali, 17, in New Dehli. She has spent the past six months looking for regular work. When the pandemic struck, she lost her job fixing rhinestones in a small clothing factory, having left school to support her family after a road accident three years ago confined her father to their home.

She earned a modest 5,500 rupees ($75) a month, which went to support her parents and four younger siblings. Now her two sisters, 16 and 14, are also out of school and looking for work.

“They are learning stitching, and I’m also trying to train them in the factory work that I used to do,” she said.

The Covid-19 shock is creating a class of “new poor” across East Asia and the Pacific with an additional 38 million people expected to be living in poverty, according to the World Bank.

Wei-Jun Jean Yeung, founding director of the Center for Family and Population Research at the National University of Singapore, warns that this crisis will strain relations with older generations, puts at risk young people’s mental health and is shaping up to be worse than previous jobs crisis.

The impact on families that Yeung warns about hits home for JM Dimaunahan in Manila, 22, who has been scraping by on his parent’s retirement income during an unsuccessful job search after graduating with a degree in sociology. Instead of landing a marketing job as expected, he is setting his immediate sights much lower on work in a call center.

“Some companies make it explicit that their hiring process is on hold due to the pandemic,” he said. “I’m under pressure since nobody’s earning for the family and we can’t rely just on the retirement money for our daily expenses.”

Breaking that cycle for those like Dimaunahan won’t be possible without government support or a rapid economic recovery as the virus is eventually controlled and jobs return.

A glimmer of hope for this generation are sectors like technology that are still hunting for young people. Yet highly specialized skills are crucial.

Winnie Tang, chairman of Esri China (Hong Kong) Ltd., a unit of the California-based software company, Esri, hosting the Johns Hopkins dashboard used to track the virus, said more than 30% of her staff are younger than 30.

“The IT industry is booming,” she said. Yet Tang, who is also an adjunct professor at the University of Hong Kong, recognizes that the healing process for youth unemployment will take years. “Young workers, even university graduates, may earn less for a decade or even longer,” she said.

The labor market that emerges from the crisis will likely mark an acceleration toward the gig economy. Tran Thi Ai Vi, 23, in Vietnam, knows that all too well. With a degree in digital marketing, in August she lost her contract sales and marketing role at an airline where she had worked since February.

Vi decided to offer writing classes on Facebook -- she teaches every evening with five to 10 students per class -- and is doing freelance writing for companies, pulling in an income that surpasses the 8 million dong ($345) a month the airline was paying her.

She plans to beef up her communication and financial management skills to run her own business. “Opportunities always come with crises,” she said.

Still, many in this generation won’t thrive in the gig economy. Informal work with no contracts is the norm and headline unemployment rates capture only some of the damage.

Even in China, where the economic recovery is most advanced, the government has warned that the jobless rate among young workers remains high. In Japan, companies are cutting back on hiring and new graduates are losing their chance for long-term employment.

Zhu Yue, 24, recently completed an internship at ByteDance Ltd. in Beijing and returned to Waseda University in Japan, where she plans to finish her graduate studies in international culture and communication in March. When she got her undergraduate degree in Beijing in 2018, there was no shortage of work. This time, it’s different.