The Icon Building, a $60-million anchor for a Silicon Valley-style technology incubator in Botswana, reflects the nation’s mineral wealth — and its need to think beyond it. 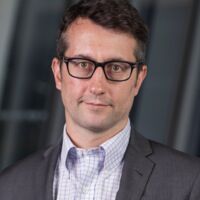 Paul Burkhardt writes for Bloomberg. @pburkhardt
+ Get alerts for

Africa has seen the ruin that resource riches can bring. In cities like Luanda in Angola and the South African metropolis of Johannesburg, glimmering corporate headquarters are often surrounded by shantytowns; sometimes the office towers themselves are abandoned once the commodities run out.

The nation of Botswana is trying not to fall deeply into that trap. Its economy relies heavily on diamond mining —  it’s the home of the Jwaneng open-pit mine, the world’s richest, which is run jointly with the U.K.-based De Beers Group. But the government is acutely aware that diamond mining is not forever. Unemployment and income inequality are a growing concern in this country of about 2.3 million people. Botswana doesn’t dig up the number of carats it used to, and has set out to lure new investment beyond the minerals sector, which accounts for 80% of the nation’s export earnings and is the biggest single contributor to government revenue. To do that, it’s turning to an economic development tool familiar to cities around the globe — a technology and innovation hub, housed in a striking new signature building.