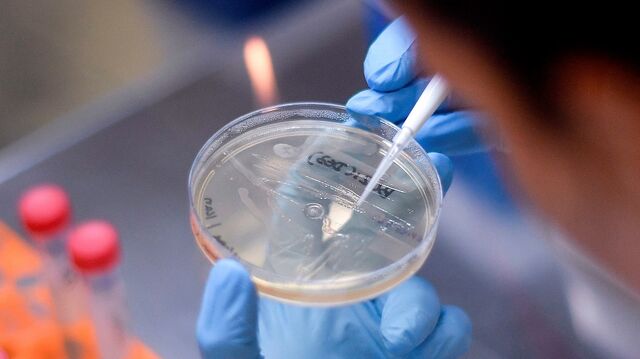 Joe Biden’s advisers are developing plans to distribute a coronavirus vaccine if he were to win the election as the Democratic nominee’s campaign monitors the Trump administration’s effort to deliver a drug for signs of political interference, according to two Biden advisers.

Biden’s health team, many of whom worked in the administration of President Barack Obama, are leveraging decades-long relationships with U.S. government officials to keep tabs on President Donald Trump’s initiative to deliver a vaccine in record time, the people said.

The group includes some of the officials who oversaw pandemics and preparedness in the Obama administration, many of whom still have contacts within the U.S. government. Among them are Nicole Lurie, the former assistant secretary for preparedness and response under Obama; Vivek Murthy, the former U.S. surgeon general and David Kessler, a former commissioner of the Food and Drug Administration.

At the onset of the coronavirus pandemic in March, Biden assembled a small advisory group of public health and economic experts to keep him up to date on virus developments and help him craft policy. That group has expanded to dozens as the pandemic persists with the election 49 days away, according to the people, who spoke on condition of anonymity to discuss the internal workings of the campaign.

The advisers will brief Biden on Wednesday, and he will then speak about vaccine distribution in Wilmington, Delaware.

Developing and distributing a vaccine that could end the coronavirus pandemic and put the world on a path toward economy recovery has emerged as a central issue in the U.S. presidential election. Trump has suggested that a vaccine could be ready before the Nov. 3 election, while Democrats including Biden and his running mate Senator Kamala Harris have openly questioned whether the president will meddle in the scientific process.

The Biden advisers say distributing a vaccine will be one of the most complicated and challenging tasks the federal government would oversee, and the Biden team is trying to figure out how to get around problems with the supply chain that could hamper getting a vaccine to millions of people quickly.

Experts say shrinking capacity on container ships and cargo aircraft, outdated technology to transport fragile vials of medicine and inadequate refrigeration are among the problems any administration will face in getting the vaccine from a lab to doctors’ offices, clinics or other distribution sites. That’s on top of figuring out who gets the vaccine ahead of others, keeping it safe from espionage and other issues.

Read More: The Supply Chain to Save the World is Unprepared for a Vaccine

The Biden advisers say they are talking to as many old colleagues and others as possible who work in career positions at U.S. health and safety agencies who can keep them informed about efforts within U.S. government agencies to develop a vaccine, known as Operation Warp Speed.

One Biden adviser said the Biden team doesn’t yet have a plan for who would get the vaccine first. Instead, the adviser said, they are waiting on reports compiled by experts, particularly one being drafted by the National Academies of Sciences, Engineering, and Medicine. Earlier this month, the group released a discussion draft of a framework intended to help policymakers plan for an equitable distribution of a vaccine.

Biden and Harris have been saying on the campaign trail that they don’t trust the Trump administration’s ability to shield the vaccine development and distribution process from politics, particularly as the president has promised one would be available “very soon.”

“The Trump Administration should release a detailed distribution plan to ensure every American — not just the wealthy and well-connected — receives the vaccine and communities of color are not left out,” Biden and Harris said in a statement.

Biden has also said that would appoint a vaccine czar and give them $25 billion to oversee the distribution of the vaccine.

The Trump administration also faces accusations that it pressured the Food and Drug Administration to grant emergency approval for the expansion of plasma therapy to treat coronavirus.

Trump said it’s Biden who is politicizing the process.

“Now Biden has launched a public campaign against the vaccine, which is so bad, because we have some vaccines coming that are incredible,” Trump said at a news conference last week.

He also has demanded that Biden and Harris “immediately apologize for the reckless anti-vaccine rhetoric that they’re talking right now, talking about endangering lives, and it undermines science.”

But Biden says he is pushing for a vaccine; he just does not want it to be politically compromised.

“One of the problems with the way he’s playing with politics is he’s said so many things that aren’t true I’m worried if we do have a really good vaccine, people are going to be reluctant to take it,” Biden told reporters about Trump last week.

He added: “If I could get a vaccine tomorrow I’d do it. If it cost me the election I’d do it. We need a vaccine and we need it now.”

— With assistance by Brendan Murray, and Riley Griffin