Bogotá Is Building its Future Around Bikes

To tame traffic after pandemic lockdowns, the Colombian capital has embarked on a bike-lane building spree that could a be model in Latin America. 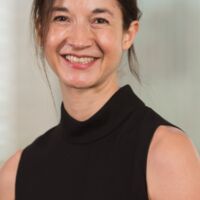 Andrea Jaramillo writes for Bloomberg. @anjaralop
+ Get alerts for

In March, Bogotá captured global attention by creating an 84-kilometer emergency bike network to help essential workers get around during the early days of the Covid-19 crisis. Like similar efforts in Paris, Milan and many European cities, the Colombian capital’s swift move to make room for bikes and pedestrians was greeted with acclaim by advocates for car-free mobility.

But Mayor Claudia López, an avid cyclist herself, might just be getting started. She’s counting on a vast expansion of bicycle routes as the best way for Bogotanos to move into the future. In February, López announced that the city’s development plan for the next four years would add a total of 280 additional kilometers of bike lanes to the existing 550-kilometer network. Currently, almost 7% of overall trips in Bogotá are on bicycles, more than in any other city in Latin America. But the city is aiming much higher: The long-term goal is to have 50% of total trips made on bikes or other micromobility alternatives such as scooters.