Poor Neighborhoods Are Only Getting Poorer

There are more communities living in poverty across U.S. metropolitan areas than there were four decades ago — and the neighborhoods that were already poor have even less now.
By 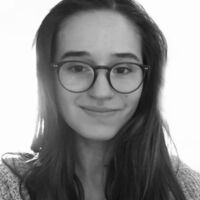 Marie Patino is a data journalist for CityLab in London. @mariepastora
+ Get alerts for

The latest maps of coronavirus cases in the U.S. confirm much of what we already know about the economics of location: People in poor neighborhoods have it worse. Health care isn’t as accessible, the ability to socially distance is less, and many residents fall into the role of essential workers, unable to work from home. What new research shows is that number of poor neighborhoods in metropolitan areas has actually doubled from 1980 — and most existing low-income areas only fell deeper into poverty.

In two reports released by the Economic Innovation Group this month, researchers Kenan Fikri and August Benzow analyze poverty data provided by the U.S. Census Bureau between 1980 and 2018. The measure used by the researchers is the Official Poverty Measure (OPM), which has been in place since President Lyndon Johnson declared a “war on poverty” in 1964. They acknowledge the metric has flaws. The poverty threshold is just one number — $26,200 in 2020— that stands for the “minimum level of resources adequate to meet basic needs,” according to the Census Bureau. That is to say the cost of what was considered a minimum in 1963 for a household of four, converted in today’s dollars.