Skip to content
What you need to know:
Tracking the Reopening of New York City
Business 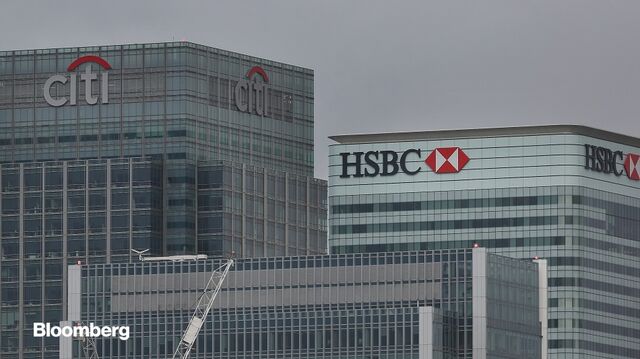 We're tracking the latest on the coronavirus outbreak and the global response. Sign up here for our daily newsletter on what you need to know.

Inside Citigroup Inc.’s headquarters in Manhattan, executives are trying to solve a problem bedeviling much of Wall Street: How to get employees up elevators.

With the coronavirus pandemic just starting to ebb in New York, the world’s largest banks are busily designing logistics to eventually bring staff back to mostly empty towers. Citigroup, which operates in more countries than rivals, is emblematic of the talks behind the scenes. Facing a slew of challenges, it’s cautioning employees to expect a slow, gradual return with no set dates. Some might spend the rest of the year working from home.

“We will take a very custom or very local view,” Chief Executive Officer Michael Corbat told an online town hall of employees in more than 50 countries last week, according to people who heard the remarks. “You are not going to wake up one morning or one evening and see an email come in saying ‘Come back to work tomorrow.’”

Executives at Wall Street’s largest banks agreed to share their private discussions of proposed measures for returning staff to skyscrapers. Many emphasized they are still gathering data and hashing out details before making final decisions.

Citigroup, Goldman Sachs Group Inc. and JPMorgan Chase & Co. are all trying to figure out how to reorganize their lobbies and elevators to prevent contagion. JPMorgan might station attendants outside elevators to help push buttons, so fewer workers need to touch keypads. Goldman is exploring ways to open doors without contact, possibly setting out towelettes that can be used to touch handles and then discarded on the other side.

More broadly, big banks are exploring taking an active role in monitoring the health of their employees -- checking temperatures on arrival, requiring masks be worn, possibly even at desks, and providing on-site virus testing to catch outbreaks quickly. Firms are planning to reorganize office seating and shared spaces like coffee stations and cafeterias. Some are debating whether to help staff commute without public transit. Even then, many older employees and those with medical conditions will likely have to work from home indefinitely for their safety.

With decisions yet to be made, some middle managers in Citigroup’s vast trading division have been privately floating a range of scenarios, including the possibility that about half of their staff could work at home until December. Still, a senior official said no such dates are being set, because the return to work will depend on how the pandemic evolves. For that same reason, recalls will also vary widely among locations.

It’s worth watching how giant banks adapt, because they run some of the corporate world’s most sophisticated and well-funded risk departments. Some have been honing safety measures in hubs such as Hong Kong that are likely to become the norm in New York and London. That could effectively set a standard for companies across the U.S. and Europe.

Citigroup’s success working from home is keeping pressure off. Corbat recently told analysts that at peak periods more than 130,000 employees have logged on without trouble.

The bank’s experience overseas has left it wary of rushing. The firm serves clients in more than 160 countries and jurisdictions. Its leaders watched companies in parts of Asia bring back employees too quickly, only to see deadly outbreaks erupt anew. Citigroup’s president, Jane Fraser, has said the bank won’t necessarily reopen offices just because local authorities issue an all-clear.

“We will continue to prioritize the safety of our employees, customers and communities,” she wrote in a post on LinkedIn early this month. “That may mean being more cautious than the guidance of a city, state or country.”

In a presentation to Citigroup’s board last week, executives outlined a strategy called “Data Not Dates.” It calls for minimizing on-site staffing until the bank’s own analysis of local transmission and infection rates shows it’s safe to reopen.

For now, the vast majority of Wall Street employees are doing their jobs at home, often at makeshift arrays of monitors with their families in the background. While each firm will open up at its own pace, they are generally discussing similar strategies, recalling the most essential workers before bringing back others incrementally.

One scenario under discussion at Goldman Sachs would start with 20% of employees in the office, and then ramp up to 30%, 40% and 50%. For now, that’s as far as the planning has gone.

JPMorgan’s discussions of the elevator issue show how granular the planning can get: The bank will likely limit how many people can ride at once. In cafeterias, it may shut down buffet-style options in favor of packaged items for pickup.

The bank declined to comment on specific changes under review. “We will be implementing additional safety measures when employees return to the office,” spokesman Brian Marchiony said.

Across the industry, employee sentiment about working from home has shifted dramatically. Many traders initially dreaded losing access to their offices with faster, hardwired broadband connections only to worry about returning once New York City’s infections and death toll soared.

“I don’t think people are necessarily going be comfortable coming back to work right away,” said State Street Corp. CEO Ron O’Hanley. “They’re going to want to know that they’re going to be safe.”

Yet surprisingly, Citigroup’s offices in Hong Kong had to limit the number of people it let in when authorities began easing restrictions enacted in January, according to the senior executive. The bank assigned many to rotating groups that alternate between working at home and the office -- a strategy many firms are considering for New York.

Ashok Varadhan, Goldman’s global co-head of trading, recently ticked off the wide range of questions the industry must tackle.

“Do people get tested, do they get antibodies?” he said in a podcast this month. “Will everyone be wearing masks? Will we be taking peoples’ temperature when they come in? The trading floor has historically been packed in pretty tight, call it 3 feet between people. Do we need to make it 6 feet or maybe more?”

— With assistance by Sridhar Natarajan, and Lananh Nguyen